Skip to content
The integration of shadow copies into the Windows Explorer significantly eases the recovery of mistakenly deleted or overwritten files, especially since this feature is also available for shared storages over SMB with a potentially large number of users. The vfs_shadow_copy2 [1] module adds the ability to Samba to expose snapshots to Windows clients and comprises an elegant way to expose ZFS snapshots directly to a Windows user. Great! you might think, as ZFS has no problem with a large number of snapshots [2], this seemingly gives us the power to establish long term and fine grained filesystem level versioning of our data.
Within productive corporate environments Windows 7 is still the preferably used Windows version since its successors come along with quite a few downsides. While Windows 7 is able to operate quite well even on progressive hardware the installation process is generating more and more trouble due to unsupported devices. Issues are mostly caused by unsupported storage devices, making it seem nearly impossible to install Windows 7 on some systems. Loading additional drivers at the beginning of the installation process is also likely to fail in most scenarios. The search for a way to install Windows 7 on a Intel Skylake platform featuring a Samsung SM951 M.2 NVMe as its solely storage device led me to the following solution, that most likely will solve many similar issues.
Most recently I went through the troublesome procedure of setting up Mailman 2.15 on a Server running Debian Wheezy and the Courier Mail Server MTA. While everything needed could be easily installed from the official Wheezy Repo, it did by far not work out-of-the-box. Getting the Mailman GUI served via an Apache Server was a five minute task but when it came to the email processing it clearly seems that Mailman is more optimized to work with the more widely used Postfix MTA than with my favorite, the Courier Mail Server. Nevertheless some research and a few moments of debugging will get you a working setup. I would like to briefly sum up my experiences as I couldn’t find a single working tutorial for this, but lots of bits and pieces. 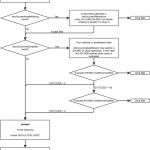 The Courier Mail Server comes along with some quite powerful filter and post-processing mechanisms. It turned out that the rather complex structure requires detailed knowledge about the possibilities of each step to figure out where to apply certain filtering or post-processing tasks for incoming emails. The overview I gained over the mechanisms during my approaches to solve the following tasks – First to filter incoming emails according to common DNS blacklists for certain accounts as well as alias addresses that are just forwarded, and Secound to automatically encrypt every incoming email for certain accounts – should be roughly summarized in this post.